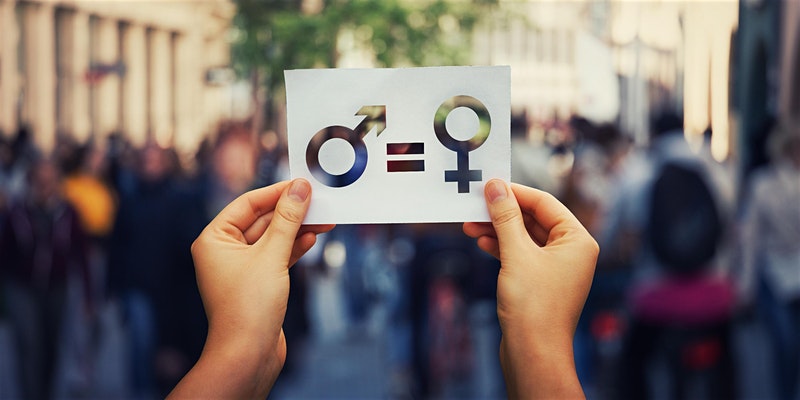 All over the world, women face barriers of all kinds to equality, many institutional in nature.

According to a 2018 study by Statistics Canada, women in Canada still earn on average over 13% less than their male counterparts, and globally, that figure is closer to 23%. The World Bank estimates that globally, women are on average only afforded about 75% of the same legal rights as men. UNESCO estimates place the number of girls out of school to be 130 million, for reasons ranging from poverty to child marriage, which contributes to massive gender disparity in education levels.

The roots of these imbalances, by and large, stem from policies that inherently discriminate against women. As a result, sweeping systematic changes in policy are needed in order to address, and ultimately stop the gender gap.

In partnership with the Kitchener Waterloo Community Foundation and KPMG, CIGI is thrilled to host an International Women’s Day panel featuring experts from a broad range of professions working to address these issues from both practical and policy-based initiatives.

Lori is 2-Spirited nēhiyaw āpihtākosisān with family roots at mōniyawi-sākahikanihk, Treaty 6 territory in kīwētinohk kisiskāciwan. She is an intergenerational survivor of the Indian Residential School system and a child from the Sixties Scoop generation.Over a span of 25 years she managed to locate and contact not only her birth mom, but all 6 of her living siblings who were scattered across several provinces. Lori has made it her career advocating for social justice and working towards a more equitable society for all. She started out working with at-risk youth, later in the area of Indigenous public housing, and then became a victim services resource officer before moving into post-secondary. Most recently, she was a federal candidate in the 2019 election. Now, with over 13 years of progressive leadership with contributions in student services, academics, research and administration, Lori is an experienced leader in education with a proven track record particularly in advancing processes of Indigenization, reconciliation, and decolonization and speaks nationally and internationally on these topics. Lori holds two undergraduate degrees (Indigenous Studies and Psychology), a master’s degree in Adult Education and is working towards a PhD in Social Justice Education. She currently holds the position of Director, Shatitsirótha’ Waterloo Indigenous Student Centre at St. Paul’s University College.

Carinne Chambers-Saini has followed a 15-year journey to create and market the revolutionary product and brand, DivaCup. As the only real innovation in feminine hygiene in decades, The DivaCup has completely disrupted the industry by providing the most eco-friendly, clean and comfortable way to address menstrual care on the market today. The incredible growth of the company and rise of The DivaCup brand have received much recognition. To name a few, Carinne has been awarded the EY Entrepreneur of The Year for Sustainable Products and Services, EY national Special Citation Award for Industry Disruptor, and has been recognized as one of Canada’s Top 40 under 40, ranking #103 on the PROFIT 500 list.

Dr. Sarah Shoker received her PhD in political science from McMaster University. Her dissertation, which was nominated for the CAGS/UMI Distinguished Dissertation Award, examined the Bush and Obama-era decision to exclude boys and men from drone warfare’s collateral damage count. The nomination came from her novel contributions to the field; she was able to empirically demonstrate that data analysts used stereotypes about gender and religion to inform who was selected as a drone target. As a result, civilians were often mischaracterized as combatants. “Military-Age Males in U.S Counterinsurgency and Drone Warfare” is currently under contract with Palgrave MacMillan, with publication tentatively scheduled for 2020.

Sarah is the founder of Glassbox, a consultancy firm that trains teams in software development, legal services, and government to identify how choices made along the AI technical pipeline can translate into social bias.

Her research interests focus on international security, emerging technologies, and gender. Sarah is currently completing a project for Global Affairs Canada where she am looking at the gendered impact of ICT failures and how gender can be better integrated into Canada’s cybersecurity strategy.

Jess Tomlin is the Co-CEO of the Equality Fund (formerly the President and CEO of The MATCH International Women’s Fund). Emphasizing the role of innovation in social movements, Jess leads an effort to resource women’s organizations around the world working to change systems and dismantle barriers. Jess has worked in Sub-Saharan Africa, the Middle East and Asia for a range of actors including the World Bank, the UN and USAID. Prior to her appointment at The MATCH Fund and the Equality Fund, Jess was with the United Nations Relief and Works Agency (UNRWA), managing large-scale reform for the Agency that supports Palestinian Refugees across the Middle East. Jess was named by the Stevie Awards as 2017’s Most Innovative Woman of the Year.